“If I Want Something, I Have To Make It Happen”: Margot Robbie Refuses To Be Put In A Box 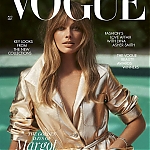 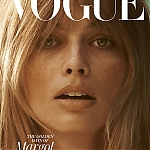 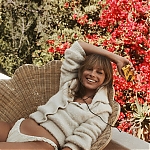 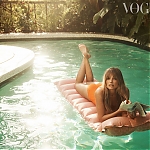 Imagine you’re running down a beach, she says. You’re running very fast down a beach, and if you veer to the left, you’ll be blown up. If you step on a stone, you’ll be blown up. “So you have to stick to your path.” Margot Robbie is suddenly alight with an unusual sort of joy, remembering. As she was running down this man-made beach on a backlot in Atlanta, at one point doing a tumble roll and landing on the only safe rock in sight, she was thinking, “Yes.” She was thinking, “I’m having the absolute time of my life.”

She was shooting 2016’s Suicide Squad, the first instalment in the series of films about DC Comics supervillains who form a secret government task force to save the world from certain destruction. It was Robbie’s first time playing Harley Quinn, “professional psychopath” and former lover of The Joker, known for her platinum pigtails and make-up-smeared, maniacal face. She was instantly hooked: since then, she has played Harley in the 2020 spin-off Birds of Prey and, next month, will be seen donning the neon a third time, when an all new film, The Suicide Squad, is released.

As Robbie tells the story, she is grinning so widely that here, in reality, on her sofa in LA, her pit bull, Belle, is moved to lick her teeth. She is cross-legged, wearing a very large Miami Heat sweatshirt, eating a bowl of Cinnamon Crunch and slowly emerging from one of her migraines. She’s had them since she was eight years old, back when she was still living in Australia’s Gold Coast hinterland with her mother and three siblings, a dark pain that starts behind her eye. “I could be in a pitch black room,” she explains, rubbing her temples, “and if someone lit a match I’d be, like, blinded. So being on set is the worst place – I take my medication, sit in the trailer and ask them to do my make-up in the dark.” She chuckles apologetically – “I’m so slow today” – but it quickly becomes clear that this is possibly the ideal time to interview Margot Robbie, slightly groggy and croakily meditative, because otherwise the very pace of her, the glittering energy, might make it hard to keep up.

Having just turned 31, she’s already had the career of a star twice her age, partly because she always asks for what she wants. At 17, she wrote to the producers of Neighbours, resulting in a role as a regular cast member, shooting an episode a day. “But I’d been there for months before I realised that nobody else had other jobs on the side.” She was making sandwiches in Subway at the time. “And I was like, ‘You’re doing acting full-time? That’s possible? OK, wicked, I’m going to do that.’ It was an epiphany.”

Three years later, she moved to America, was cast as a flight attendant in glossy period-drama series Pan Am, and started sneaking off for film auditions. The description of the character she read for in Martin Scorsese’s The Wolf of Wall Street was “the hottest blonde ever”; she went off-script and slapped Leonardo DiCaprio hard across the face, launching her into the humid air of movie stardom. Scorsese later said he saw her as a combination of three legendary Hollywood dames: Ida Lupino for her “emotional daring”, Carole Lombard for her comedic ability and Joan Crawford for her toughness. “That changed the situation I was in,” she says slowly. “After that, when I could get things green-lit by being attached to projects? It was a big turning point for me.”

Not least because it meant she could produce her own. In 2014, she had moved to London, and launched a production company with three of her then housemates, one of whom (Tom Ackerley, who she’d met as an assistant director while working on the film adaptation of Suite Française) she married two years later. They called the company LuckyChap, and its aim was to tell women’s stories on-screen, and to support female creators behind the scenes – a plan grounded in business as much as politics. “We were really excited about the scripts that surprised us, and those are generally things that are a little left of centre. A little bit sticky.” The script for I, Tonya, a blackly comedic biopic of ice skater Tonya Harding, had been knocking around for a while before LuckyChap bought it, and soon after their wedding, they started filming. The result was bleak and hilarious, bagging Robbie her first Academy Award nomination, for best actress. 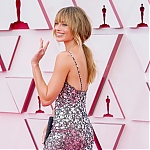 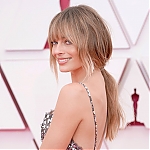 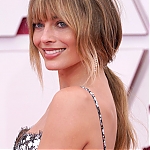 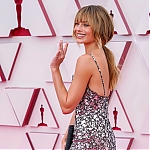 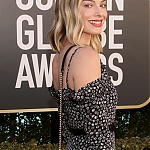 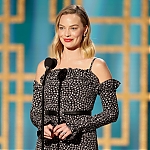 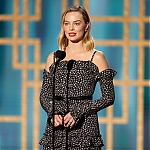 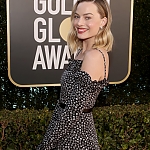