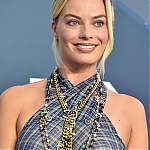 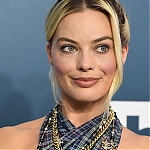 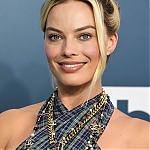 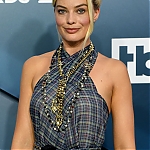 Hello. I added to the gallery creen captures from the movie ‘Bombshell’ (2019). Enjoy! 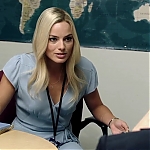 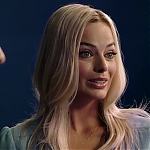 Margot Robbie has excelled at playing real people on screen.

In 2019, she played Sharon Tate in Quentin Tarantino’s “Once Upon a Time in Hollywood,” and the year before, she took on Queen Elizabeth I in “Mary Queen of Scots.” In a career-making performance — for which she was nominated for a Golden Globe, a Screen Actors Guild Award and an Oscar — Robbie portrayed disgraced figure skater Tonya Harding in 2017’s “I, Tonya.”

Tackling the role of Kayla Pospisil — an ambitious young Fox News producer who falls prey to Roger Ailes (John Lithgow) — in “Bombshell” presented a much different challenge. Unlike Charlize Theron’s Megyn Kelly and Nicole Kidman’s Gretchen Carlson, Robbie’s character is fictional, a composite created by screenwriter Charles Randolph to illustrate Ailes’ late-stage sexual harassment and abuse — just before his Shakespearean downfall in the summer of 2016.

“I didn’t understand her to begin with,” Robbie says. “But my process is to do a ton of research, consider every single option, know every single situation, scenario, thought and motivation inside and out, so I can step onto set and then let it all go.”

She set about figuring Kayla out, using a methodology “Bombshell” director Jay Roach calls “a nerdy desire to get it all down.” She watched the Fox News shows Kayla would have liked, and created a fake Twitter account so she could observe the performative opinionating of “young millennial conservative girls.” (Robbie wouldn’t specify whom she followed, but picture the Tomi Lahrens of the world.)

And she perfected Kayla’s speaking voice, twisting her Australian drawl into a perky Floridian lilt. Roach urged Robbie to watch footage of Katherine Harris, Florida’s former secretary of state, who became famous during the aftermath of the Bush v. Gore presidential election of 2000 and was played by Laura Dern in Roach’s 2008 HBO movie “Recount.” Harris grew up privileged and evangelical in Florida, as did Kayla. “I just love the sounds of her vowels — they’re incredible,” Robbie says. But Harris wasn’t her sole touchpoint: “Every day, I’d do the monologue from ‘Legally Blonde,’” she says, citing Reese Witherspoon’s Elle Woods as the type of character who is “incredibly smart” but “underestimated because of their looks.”

Robbie’s hard work in “Bombshell,” which was released by Lionsgate, has paid off. She will compete in the supporting actress category this week at the Golden Globes, as well as for outstanding performance by a female actor in a supporting role at the Screen Actors Guild Awards on Jan. 19. She is a front-runner for an Oscar nomination.

The awards recognition capped off a year in which Robbie created a stir with her affectionate portrayal of Tate in “Once Upon a Time” and filmed “Birds of Prey: And the Fantabulous Emancipation of One Harley Quinn,” a spinoff from the 2016 film “Suicide Squad” that she conceived more than four years ago. The movie, which Robbie stars in and produced, hits theaters on Feb. 7. She is currently shooting James Gunn’s “The Suicide Squad,” a sequel to the original film, in Atlanta. It’s slated for release Aug. 6, 2021.