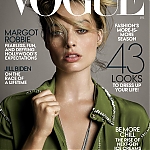 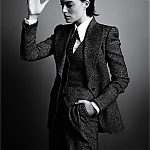 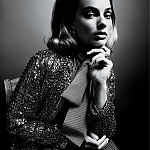 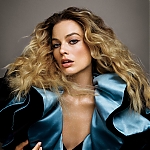 MARGOT ROBBIE ALWAYS thought that once she was a good enough actor, she would write Quentin Tarantino a letter. Just to get on his radar. Or at least to let him know how much his movies meant to her. She was sure people must tell him that all the time. But still. “I’ve always been a huge—huge—Tarantino fan,” she tells me one afternoon in Los Angeles. “I love his movies. Love them.” After Robbie watched the first cut of I, Tonya, the 2017 biopic about figure skater Tonya Harding, which Robbie produced and starred in, she decided she was finally good enough. (The performance would earn her an Oscar nomination.) “So I wrote him and said, ‘I adore your films, and I would love to work with you in some capacity. Or any capacity.’ ”

When Tarantino received Robbie’s letter, he’d recently finished the script for Once Upon a Time in Hollywood, a romp through the movie industry of the late 1960s, which opens this month. Friends who’d read the script had already asked if he’d be casting Robbie in the role of Sharon Tate, the actress, wife of Roman Polanski, and most famous victim of the Manson murders. Then Robbie’s letter arrived. The timing was spooky enough that Tarantino thought they should meet. Soon Robbie was sitting at the director’s kitchen table, reading the script. Robbie is a careful reader; it took her four hours. Tarantino would occasionally pop in to offer her food or a Victoria Bitter, an Australian beer. When I later ask Tarantino what made Robbie right for the role, he tells me, “Margot looks like Sharon Tate. . . . And she can convey Sharon’s innocence and purity—those qualities are integral to the story.”

Tarantino’s film is about the end of Hollywood’s Golden Age, but Robbie, who is 28, has come to represent so much of what’s new. As an Australian soap actress, she entered Hollywood being typecast. She played the bronzed, gold-digging beauty in Martin Scorsese’s The Wolf of Wall Street, the hot blonde explaining mortgage bonds from a bubble bath in 2015’s The Big Short, and Jane following Alexander Skarsgård’s Tarzan into the Congo. But it turned out Robbie wanted more than these roles. It turned out she wanted to put on a fat suit for I, Tonya and to cover her face in boils for Mary Queen of Scots and to produce female-driven projects via her production company, LuckyChap Entertainment. Part of the charm in Robbie’s Tarantino story is that it—like the film itself—sounds very old Hollywood: An aspiring actress writes a fan letter to an auteur director in hopes of getting cast in one of his nostalgia-loving films. But Hollywood is changing, and while Robbie may have arrived at the end of an era, she is now among the women ushering in a new one.

Today we’re on the set of Birds of Prey, a spin-off of 2016’s Suicide Squad that Robbie developed and pitched to Warner Bros. as an R-rated, female-led superhero action film—a commercialized product of new Hollywood if ever there was one. “I think there’s a perception that a PG female-led action film is kind of considered a chick flick,” says Robbie.

At $75 million, this is LuckyChap’s largest project to date, but Robbie seems unperturbed. “Well, we’re on schedule and on budget, which is a wonderful place to be.” In Birds, which is due out next year, Robbie will reprise her role as Harley Quinn, the Joker’s ex. But today she’s primarily a producer. Wandering the set in jeans and a smiley-face T-shirt with two hearts for eyes, her cell phone suspended from a rope in place of a purse, she introduces me to the women who work with her: Cathy (Yan), the director; Jody, the script supervisor; Sue, a producer. We run into Mary Elizabeth Winstead, who has spent the day performing stunts as Huntress, a crossbow wielding vigilante. Winstead pulls down her track pants to reveal a bruise on her hip. “Shit,” Robbie says. “That looks legit.”

The day’s shoot is at a medieval-style stone abbey in Highland Park. “Sorry I’m not taking you to paint mugs or something,” Robbie says. She’s referring to the tropes of celebrity profiles, the skydiving or skateboarding or whatever else actresses are supposed to do to charm writers. When I say that it is nearly impossible to find a story in which she’s not described as a “bombshell,” Robbie suppresses an eye roll. “I hate that word. I hate it—so much. I feel like a brat saying that because thereare worse things, but I’m not a bombshell. I’m not someone who walks in a room and the record stops and people turn like, ‘Look at that woman.’ That doesn’t happen. People who know me, if they had to sum me up in one word I don’t know what that word would be, but I’m certain it would not be bombshell.” 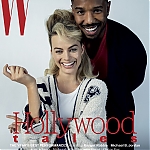 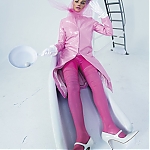 Margot Robbie and Michael B. Jordan seem to effortlessly check all the movie star boxes: Megawatt charm? Check (those smiles!). Actor clout? No problem (having Martin Scorsese and Ryan Coogler launch their respective careers can’t hurt). Lucrative blockbuster movie franchises? Yep, that too (Robbie in Suicide Squad and Jordan in Creed, with a memorable detour into Wakanda). So, as it turns out, they have a lot to talk about—and not just about fame and their good fortune. Here, as part of our annual Best Performances portfolio, Robbie, who starred in the recent palace-intrigue period drama Mary Queen of Scots, and Jordan, who returned in Creed 2 and dominated the screen in Black Panther this year, sit down with W’s Editor at Large Lynn Hirschberg to share not only how it is they make morally questionable villains like Harley Quinn and Killmonger into magnetic antiheroes, but also their totally embarrassing early email addresses, their most memorable red carpet fashion faux pas, and their frankly amazing first kiss stories.
So Michael, what’s the first album you ever bought?

Have you ever gone through a heavy metal phase, Michael?
Jordan: I have not.
Robbie: [Laughs.]
Jordan: But electric guitar solos are my thing. Like, I love, the Ernie Isleys of the world, the “Who’s That Lady” solo is pretty incredible. [Michael Jackson’s] “Dirty Diana” is pretty good.

Do you play air guitar?
Jordan: Air guitar? All day. [Laughs.]
Robbie: I can air guitar. That’s about the extent of my musical prowess, really.

Michael, did you box before Creed?
Jordan: I never officially boxed but karate, martial arts, and stuff like that. And then I kinda segued into boxing.

And you, Margot, have you ever boxed?
Robbie: I’ve done a bit of boxing, yeah—mainly to prepare for fight training, like stunt work. And I really, really like it. I have stupidly long arms, like, they’re too long for my body. So actually it’s kind of good when you’re boxing.
Jordan: The reach is incredible.
Robbie: An extra long reach. And it looks good on camera. Having long limbs on camera makes your punches—
Jordan: Your punch is a little wider, yeah, yeah, yeah. She knows what she’s talking about.

What I love about both of your performances in different movies is that although you kind of play superheroes in both Suicide Squad and in Black Panther, you’re also kind of antiheroes at the same time. There’s a kind of dichotomy to the characters.

Robbie: A lovable rogue.
Jordan: That’s right. I like that. I mean, those are the most interesting characters to me sometimes, like when I’m watching films that, on screen, are the ones that you can empathize with. Like, they want you to root against ’em. They want you to not like them. But somehow you can still understand where they’re coming from and that’s important.

Do you have a favorite villain? Other than Killmonger.
Jordan: Yeah, because he’s tough. I mean, honestly, it’s between [Michael] Fassbender’s Magneto and Heath Ledger’s Joker. Honestly. Those two are pretty up there for me. [To Robbie] What about you?
Robbie: I’m totally stealing someone else’s answer. I’ve heard someone else say this, but I do truly think this is a genius villain: HAL from 2001: A Space Odyssey.
Jordan: Ohhh. Man.
Robbie: It’s just such a cool villain. That was genius.

But it is also kind of weirdly sympathetic.
Robbie: Totally. The best villains are sympathetic. 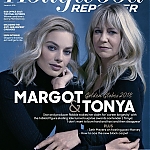 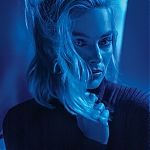 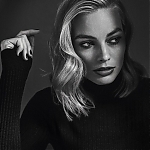 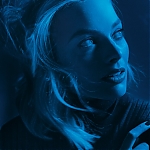 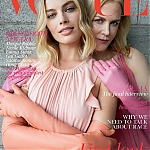 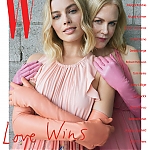 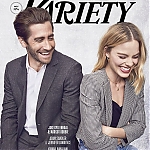 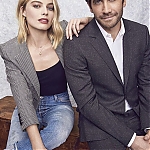