Warner Bros. is reportedly already looking for a new Harley Quinn project. Margot Robbie most recently played the character in Birds of Prey, which opened in theaters earlier this year. The movie was a hit with critics, though it was not the box office success the studio had originally hoped for. In the end, the world’s current state of affairs cut the theatrical run short, giving the movie a second life on Digital and VOD platforms, where it performed much better.

Sources close to Warner Bros. say that they are developing a new movie for Margot Robbie’s Harley Quinn. At this time, it is unclear what exactly that project will be. Some DC fans are hoping that they’re looking into Birds of Prey 2, though that seems rather unlikely at this current time. Others are hoping that we’ll get the long awaited Gotham City Sirens, which seems pretty logical at the moment. This has not been confirmed by the studio, though an announcement could arrive in the coming months.

Before Birds of Prey hit theaters, there were rumors about a new Harley Quinn movie hitting theaters every year for the next few years. 2020 counts for Birds of Prey, while 2021 goes to The Suicide Squad, and 2022 goes to the mystery project, if the rumor proves to be true. We also know that there was a Joker and Harley Quinn movie starring Margot Robbie and Jared Leto in development at one point, though that seems highly unlikely after Warner Bros. worked with Todd Phillips and Joaquin Phoenix on Joker. It appears that Leto is finished with the character.

In a recent interview, Margot Robbie explained how she ended up landing on Birds of Prey. “Whilst I was researching [Harley] I started to read Birds of Prey and first I fell in love with Huntress, and I started looking into all of that,” Robbie said. This hooked the actress enough to keep digging into the DC universe. “I was like, ‘Wow, there’s so many cool female DC characters and no one knows anything about any of them!’” This is what eventually got Robbie into making the movie and choosing the characters.

As for why she didn’t choose more well-known characters, Margot Robbie felt it was time to introduce some lesser-known women. She says, “Focusing on the Gotham City Sirens, there were only three of us and we were all well known, whereas with Birds of Prey you can pick any grouping for that…” So, Robbie chose to go the more obscure route, which has been praised by many DC fans, even though that excitement didn’t translate into box office success. With that being said, 2020 has been a pretty strange year, so maybe 2021 will be better for Harley Quinn and her pals. DCEU Mythic was the first to report on the new Harley Quinn project in development.

A producer who viewed the nine-minute video said it was “an unbelievable way to sell a project,” adding that it inspired him to rethink how he takes out new material.

Margot Robbie swears. Ben Stiller begs for a role. Kaitlyn Dever and Joey King gush over a script in a notebook made from cardboard.

In a nine-minute “quarantine-style” video, which a source allowed The Hollywood Reporter to view but not share, the filmmakers behind last year’s indie hit The Peanut Butter Falcon are selling their next project in what may be the ultimate creative social-distance pitch.

Tyler Nilson and Michael Schwartz based their idea for a half-hour live-action comedy, The Wildest Animals in Griffith Park, on their own real-life experience living secretly in a park in the hills of Los Angeles while they developed the project that became The Peanut Butter Falcon. The pitch video now being circulated to prospective buyers includes photos from that experience. But in the prospective series, the protagonists would be two young women, played by the Booksmart and The Act stars. Robbie and her LuckyChap team are exec producing.

The pitch shows laptops mounted on a wall featuring “live” video of Robbie, Dever and King as they interact and share their vision for the half-hour live-action show. An audience of cardboard cutouts depicting Netflix chief Ted Sarandos and Amazon’s Jennifer Salke, among other potential buyers, is shown applauding enthusiastically.

In a landscape where Zoom pitches have become the new normal, the innovative pitch for The Wildest Animals in Griffith Park shows innovation as creators and producers look to break out from the pack. The clip, which was carefully circulated ahead of the Memorial Day weekend, was filmed in a makeshift studio at Nilson and Schwartz’s home.

The filmmakers describe the show using a succession of movie posters: It’s a twist on Alice in Wonderland with the cast of Girls living in a treehouse like Swiss Family Robinson, with the mindset of Fight Club and stealing from the rich and giving to the poor (as in Robin Hood), with fantastical elements like talking animals from The Never-Ending Story.

“It’s an unbelievable way to sell a project,” one top producer told THR of the pitch for Wildest Animals, noting that it inspired him to re-think how he takes out new material in today’s climate. “I’m 100 percent sure this will sell. It’s just such a fun way to hear a pitch.”

Sources tell THR the video has landed the Wildest Animals team follow-up meetings with premium cable networks and streamers. The series is expected to generate multiple offers, given the stars and creatives attached.

Nilson and Schwartz lead the high-energy pitch, which features the duo outlining key character beats for the four central leads and the larger themes they plan to explore. The series revolves around Diane (Dever) and Jackie (King) as they move into a park to find their “inner wild” and purpose in life and how their lives intersect with a couple, Andy and Blair.

In an obvious tongue-in-cheek feint at casting, Nilson and Schwartz use photos of Ben Stiller, Owen Wilson and Brad Pitt as potential stars to play Andy, while Blake Lively and Reese Witherspoon’s images are used for Blair. Other characters include a mountain lion — who the filmmakers say should be voiced by Oprah or Benicio Del Toro — and a real raccoon that the duo befriended during their time living in the park. (The Peanut Butter Falcon star Shia LaBeouf is also subtly pitched for a supporting role.)

Stiller — who is friendly with Nilson and Schwartz — makes a cameo via FaceTime, at first declining to participate in the project but ultimately maneuvering to be part of it. (Sources say that was played for humor, and Stiller is not currently involved with the proposed series.)

Robbie’s LuckyChap partners Tom Ackerley and Josey McNamara, along with TV vp Brett Hedblom, met with Nilson and Schwartz a year or two ago and started developing the pitch. The project was taken to Warner Bros. TV, where Robbie’s company has an overall deal. With a pilot script already completed, the plan was for LuckyChap, Nilson and Schwartz to shop the project. Then the coronavirus pandemic shut down in-person meetings. Sources say Nilson and Schwartz then had the idea to use the safer-at-home mandate to find a creative way to pitch their show.

Along with Robbie, Nilson, Schwartz, LuckyChap’s Ackerley and Hedblom exec produce; Lije Sarki, who produced The Peanut Butter Falcon, is attached as a co-EP.

Hey! I added to the gallery screen captures from the movie ‘Birds of Prey (And the Fantabulous Emancipation of One Harley Quinn)‘ (2020). Enjoy! 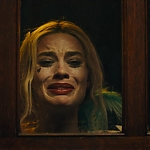 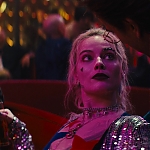 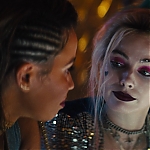 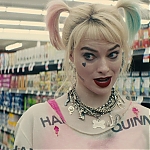 Gallery Links:
Films > Birds of Prey (And the Fantabulous Emancipation of One Harley Quinn) (2020) > Screen Captures

One of the most anticipated films coming from DC is James Gunn’s take on The Suicide Squad, which will see Margot Robbie returning to the role of Harley Quinn. The upcoming film from James Gunn will be a quasi-reboot of the 2016 film, which also featured Margot Robbie. The Australian actress recently reprised her role as Harley Quinn in Birds of Prey, her first solo outing as the breakout character.

Details regarding James Gunn’s The Suicide Squad are pretty slim, which are pretty much on par with the director’s other productions. In fact, most of the information coming from any of his productions is from his own social media accounts. James Gunn has become one of the most popular directors on social media because of his abundant interactions with fans. In the wake of The Suicide Squad completing its filming, James Gunn was asked on Instagram how many looks Harley Quinn would have in The Suicide Squad. James Gunn responded by saying that Margot Robbie’s character will be going through a journey in the upcoming DC film.

Margot Robbie’s Harley Quinn has sported various looks during her brief but impactful career in the DCEU. It would make sense for Harley Quinn to have multiple looks, especially because she’s such an eclectic and eccentric character. In fact, one of her most iconic moments in the first Suicide Squad was when she stole accessories from a Midway City clothing store because it’s what “bad guys do”. While James Gunn doesn’t explicitly share how many looks Margot Robbie will go through in the upcoming film, it’s safe to say that quality will precede quantity.

The first Suicide Squad film followed a team of supervillains who were recruited by the government for a dangerous mission in exchange for reduced sentences. The cast included Will Smith as Deadshot, Margot Robbie as Harley Quinn and Jared Leto as The Joker. While the film was a box-office success, it was savaged by critics and currently holds a 27% approval rating on Rotten Tomatoes. James Gunn’s upcoming film is expected to deliver on the fresh take on the Suicide Squad but the director has not specified what connections it will have to the first film beyond returning cast members.

The Suicide Squad will be released in theaters on August 6, 2021. 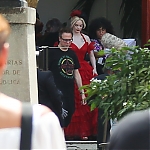 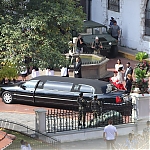 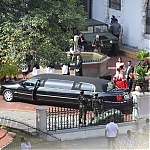 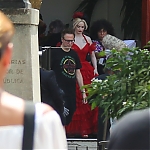